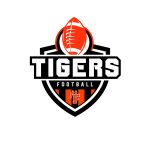 The TriCounty Times has released their All-Area football squad and Fenton’s Lance Mercord is at the head of the class.  Congratulations to Lance and his teammates who made this year’s All-Area team. Other Fenton players to make the team were Parker Brady, Zack Pierson, Brady Triola, Logan Prater, Josh Thompson, Spencer Rivera, Austin Henard, and

Boys Varsity Football · Oct 26 Fenton Football was in the news…

The Fenton Football team has prepared all week for the 2018 Pre-District Playoff game vs Walled Lake Western.  Get a preview with this article. https://www.tctimes.com/tigers-excited-about-home-playoff-game-vs-warriors/article_5dbf8436-d7ac-11e8-9192-7bcc96892437.html

Pre-sale of tickets for Friday’s MHSAA Playoff game will be available from 8 am – 3 pm on Friday in the Fenton Athletic Office.  The cost of tickets are $6.00 and no passes (student or senior), nor any punch cards are allowed for this MHSAA Tournament contest.  The ticket booth will open at 5:30 pm

Congratulations to Fenton’s, Spencer Rivera on being named the Flint area football player of the week by MLive. Check out the article at: https://www.mlive.com/sports/flint/index.ssf/2018/10/fentons_spencer_rivera_voted_f.html

Friday night marked week 9 of the football season, which means that it was senior night and the last week of the regular season.  Coming off an emotional week 8 victory over previously undefeated Swartz Creek, the Tigers had to get up for another tough game.  Week 9 would see Waterford Mott, the only team

Boys Varsity Football · Oct 13 Fenton Football was in the news…

The Fenton Football team put together an entire team effort on all sides last night in a great win over Swartz Creek.  Check out the article from the TriCounty Times and the photo gallery from MLive. https://www.tctimes.com/sports/fenton-s-defense-ground-game-pounds-dragons-to-submission/article_d99954c4-cea1-11e8-895f-8b160b608856.html   https://www.mlive.com/sports/flint/index.ssf/2018/10/swartz_creek_high_school_footb_1.html

No Events This Week

Events are added by athletic staff.
View All Events